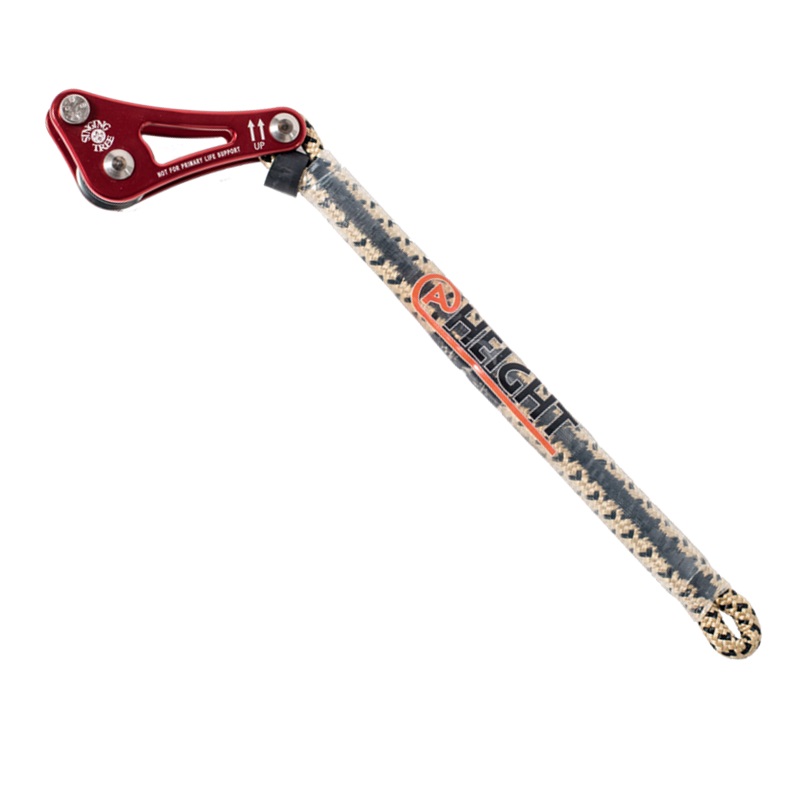 The ISC Rope Wrench is a friction device that allows the climber to ascend, descend and work the tree "Single Rope" with a friction hitch. (Shown with stiff tether.)

The ISC RP280 is the next step in the evolution of SRT work positioning. The sleeker design and rounded aluminum sideplates allow for less potential for damage to the climbers line and the set screw on the back pin allows for quick changeover betweendesired tethers.

It works by using leverage to force the rope into an S shape and providing friction for a controlled descent. When engaged, the Rope Wrench acts much like a conventional descent device such as a Figure eight.

When not engaged, the Rope Wrench provides no interference with ascending the rope. This allows the climber to work an entire tree using Single Rope Technique.